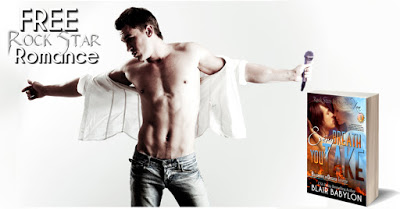 What happens when a Rock Star in Disguise meets a Billionaire in hiding?
Georgie doesn’t know who she is dating.
At a high society wedding, Georgie Johnson is introduced to Alexandre de Valentinois, a hereditary duke of nothing who flies around the world on his private planes and describes himself as “one of those despicable, idle rich men.” Yet, when pressed, he sings at the wedding in a gorgeous, clear tenor that tugs at Georgie’s soul, and miraculously, he calms her paralyzing stage fright so she can accompany him on the piano, even though she thought she had left her classical music career behind when she went into hiding.
But Alexandre has a dark side. His name is Xan Valentine, and he’s the rock star front man for Killer Valentine. He’s famous, but his paparazzi-dogged lifestyle might expose Georgie and get her killed.
Excerpt:
Alex said, so quietly, “Play something for me.”
Her hands stretched over the keys, and she tried to push them down to play even a major chord, but as soon as a key neared the break point, just when the hammer inside the piano was poised to strike the string, something in her mind shouted Don’t! and she couldn’t press it.
Alex asked gently, “Does Flicka know you’re worse?”
“I don’t see how she would. We’ve been out of touch for a few years.”
“But she knows that you’ve got—” he paused, obviously considering whether to say the terrible words, “a problem with this.”
“She must have forgotten about it,” rather than that Flicka had decided to punish Georgie in a spectacularly cruel way.
Maybe Georgie deserved to try to face her fears, melt into an incoherent puddle on the floor, and have everyone from her childhood and current best friends laugh at her failure.
It would serve her right.
But she would never be able to walk as far as the piano in front of all those people, so Flicka couldn’t have her poetic justice.
“Anyway,” she said, “I can’t do it.”
“I can help you,” Alex said.
“And how could you do that? Hypnotize me? Doesn’t work. Psychoanalysis? There’s nothing there.”
“Of course not, but I don’t want you to play for them.” He leaned across the piano again, and his hair slid from behind his shoulder and hung, reflected in the black gloss of the piano’s lacquer. “I want you to play for me.”
Georgie stared down at her spidery hands hanging over the black and white piano keys. “I can’t.”
He walked around the piano and stood beside her, his slim hip right beside her cheek. A faint, masculine scent wafted from his clothes, a cologne, something soothing like green herbs. She was acutely aware that she could lean about six inches over and unzip his fly with her teeth.
Alex said, in a low, soft voice, “Play the middle C.”
She laid her thumb on the white key right in front of her waist and held it there, but she didn’t push down.
Alex stroked her arm from her elbow to her wrist with the back of his hand, soothing her. “Play it.”
She told her finger to push down, and she let the weight of her arm fall on her finger that was curled above the keys.
Her finger collapsed and wouldn’t press the key.
Alex shook his head, and his long hair swished over his shoulders. He turned his hand over so that his palm was on her wrist, and then he slid his hand over hers, covering her fingers on the keys with his own. Calluses on pads of his fingers were hard on the tops of her fingers.
He stepped behind her, still not moving his fingers over hers. Warmth from his body drifted out of his suit jacket that opened around them, spreading over her bare back, and his cologne filled her nose like she was walking in the fields around Tanglewood.
He leaned over her, stretching his arms on both sides of her, caging her.
His whisper brushed the skin on her neck. “I’m not forcing you to do something you don’t want to. I’m letting you have what you want most, what you crave, but you dare not admit, even to yourself.”
“I’m afraid,” Georgie admitted, her voice breathy from fear at pressing that note and from his body so close to hers.
“Everyone is, in the beginning,” he said. “It can be terrifying to have an experience so desired, so primal, that you lose yourself. You have to trust me to take you through the place that terrifies you, to keep you safe, and to hold you until you emerge on the other side.”
Georgie couldn’t seem to catch her breath or move away from him. “We’re still talking about the piano here?”
Alex chuckled.
“Just the piano,” she said, but she leaned back, almost imperceptibly, maybe an inch, so that his mouth was so near her skin that his breath was a hot circle on her bare shoulder, and the scent of champagne in his mouth rolled down her skin.
“Let me do it for you, first,” he whispered.
Georgie closed her eyes, and the weight of his finger forced hers down.
A single note, a C, rang out of the piano and jarred against her skin. 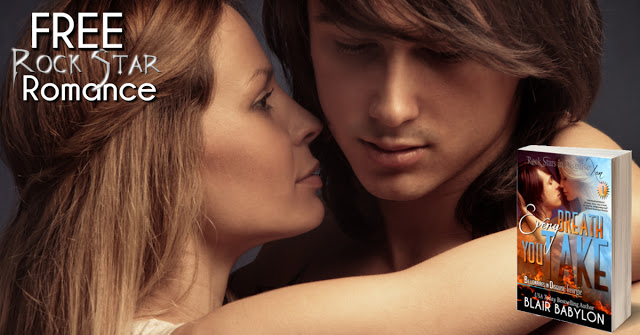