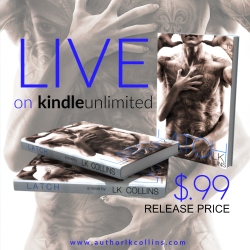 ABOUT THE BOOK
When New York City’s most desirable male escort gets caught, things get messy.

Latch Teracino is God’s gift to women. He’s everything you’ve ever dreamed of in a man, and he’ll fulfill your hottest fantasies, all for a price. He makes a very good living pleasing the rich and famous. Like Abby McEllrath, married to Major League Baseball’s biggest all-star, which often leaves her at home, lonely and bored.

After years of neglect and disrespect from a man who promised to give her the world, she meets Latch in the most unlikely setting. For Latch, she’s just another client – it’s the way he works. And for Abby, she adapts. However, as time progresses, their explosive connection transforms from dirty, raw sex into so much more than just a paid relationship.

And lives are shattered.

In the end, Latch and Abby have to make a choice, one that will forever change the course they were destined to be a part of. But sometimes a simple choice isn’t that easy, especially when the one you leave behind would rather die than live without you. 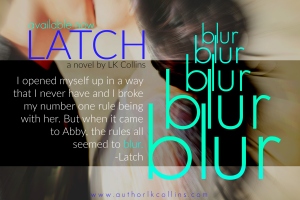