FROM THE NEW YORK TIMES BESTSELLING AUTHOR OF THE LOVING ON THE EDGE NOVELS, THE FIRST IN A SENSUAL NEW SERIES

Overtime has never felt so good…

Marin Rush loves studying sex. Doing it? That’s another story. In the research lab, Marin’s lack of practical knowledge didn’t matter, but now that she’s landed a job at The Grove, a high-end, experimental sex therapy institute, she can’t ignore the fact that the person most in need of sexual healing may be her.

Dr. Donovan West, her new hotshot colleague, couldn’t agree more. Donovan knows that Marin’s clients are going to eat her alive unless she gets some hands-on experience. And if she fails at the job, he can say goodbye to a promotion, so he assigns her a list of R-rated tasks to prepare her for the wild clientele of The Grove’s X-wing.

Setup: This is a scene when Marin was in college and overhears some dirty talk when she’s working late at the university.

Roni Loren continues to amaze me at how she can skillfully convey such passion and sensuality with mere words. Her ability with words, as a writer, is the equivalent to an artist’s ability of expression through colors and lines. Off The Clock was no exception.

This story was so “normal” in that the characters were easily relateable and the storyline wasn’t over the top. Marin Rush and Donovan West were just two people who met and got to know each other over a short period of time and shared a strong connection. But a tragedy caused years to go by before they crossed paths again. However, that length of time in no way diminished that connection they had.

Marin was as devoted to her work and studies as ever and this new job opportunity was all she had her sights set on, so that she can provide a better life for herself and younger brother. Seeing Donovan after all those years out a spin on her plans, but she wasn’t the same timid girl that she was back then. Donovan always had a way of bringing out her confidence and strength making them a great match.

In those years Donovan had moments where his cockiness reach a level of epic proportions, but Marin had a way of bringing him down a few pegs. Together they were light, relaxed, angst ridden, and overwhelmed with sexual tension. This all lead to an amazing courtship and pretty steamy sex and one particularly intense and sexy scene that will having your panties quite damp! Oh la la!!

And as a special treat…there’s a bonus story at the end that was just as emotionally charged and sexy. The short story had so much meat in it that it felt like a completely separate novel.

This is definitely a new series I plan to follow and read!!

Off the Clock (Pleasure Principle #1) is now LIVE!!

Find more of my reviews HERE

Roni wrote her first romance novel at age fifteen when she discovered writing about boys was way easier than actually talking to them. Since then, her flirting skills haven’t improved, but she likes to think her storytelling ability has. Though she’ll forever be a New Orleans girl at heart, she now lives in Dallas with her husband and son.

If she’s not working on her latest sexy story, you can find her reading, watching reality television, or indulging in her unhealthy addiction to rockstars, er, rock concerts. Yeah, that’s it. She is the National Bestselling Author of The Loving on the Edge series from Berkley Heat. 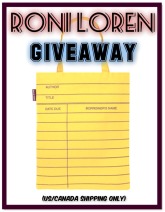