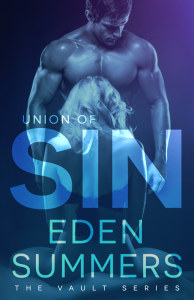 Union of Sin (Vault of Sin Series #2)
by Eden Summers

He’ll do anything to protect her. Even if it means letting her go.

Tate Jackson made a big mistake. No, a monumental one. He picked the wrong place to introduce his wife, Cassie, to the alluring lifestyle they’d fantasized about.

Instinct told him to get her out of the poor excuse for a sex club—but he didn’t. And she was assaulted because of his carelessness. He’ll do anything to protect her from another traumatic experience, even if it means making the agonizing choice to convince his wife he no longer loves her. Cassie’s not buying it. In fact, Tate is the last person she blames for that horrific night.

She’s willing to give him the space he thinks he needs to get his head straight, but when divorce papers arrive, she realizes she’s out of time. She has twenty-eight days to figure out why Tate is ruining a perfect marriage. Twenty-eight days to figure out what he’s hiding. But when she learns the truth, she has to decide if her heart can take the strain of piecing their love back together.

Warning: Dirty tactics, dirtier sex, ropes, masks, guilty consciences, and love stretched so far, no one escapes unchanged. Not even you, dear reader. 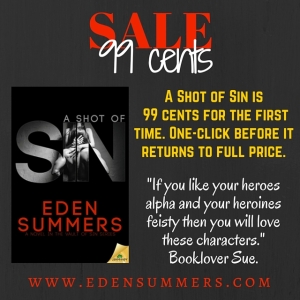 A Shot of Sin 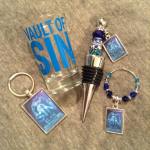 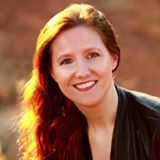 In late 2010, Eden’s romance obsession could no longer be sated by reading alone, so she decided to give voice to the sexy men and sassy women in her mind.

Eden can’t resist alpha dominance, dark features and sarcasm in her fictional heroes and loves a strong heroine who knows when to bite her tongue but also serves retribution with a feminine smile on her face.  Twitter | Facebook | FB Fan Group | Pinterest | Goodreads | Amazon | Website

Want to get to find out what is happening next with Eden?
Newsletter Sign Up