An accident. A coma. Another woman stealing her husband’s heart.

Livvy Thorne has been through hell. She’s just gotten Darin back, and with Violet now out of the picture, she can focus on her marriage and the anticipated arrival of their newborn son. Having a family, that’s not too much to ask for, is it?

Another man is about to step into Livvy’s life to help her through the torments she’s experiencing. Will she lean on him and forget everything she’s worked so hard to get back?

Tempting, inked and highly addictive. Alex is all that and more…

I’ve made a lot of mistakes – ones I’m not proud of, and definitely ones that have left their marks both mentally and physically.

Things got lonely; I got lost in my own fucked up mind and in the end it left me fucked out of my mind and unable to fight – or at least win. That life’s over for me and I’ve moved on.

Six months into tattooing at Blue’s and already I’m the most wanted and sought out tattooist. My biggest clientele consists of women.

They come into the shop, end up in my bed and we both come out happy. It’s been my release since I’ve stopped fighting. It’s become part of the “new” me.

But when Tripp reappears in my life, I can’t deny the fact that I would do anything for that girl.

So when she asks me to move in with her and her ‘boyfriend’ – our other childhood friend – I never expected for things to get so fucked up and twisted that I would find myself only more attracted to her by each passing second or wanting to protect her from everything that isn’t me.

I have worked so hard over the years to suppress my feelings for her but when I find out that her and Lucas have been having an open relationship, I have the strong urge to rip his heart straight from his chest – to destroy the very thing that keeps him breathing.

What I didn’t expect was for Lucas to ask what he did. For him to ask me to do the one thing I have secretly longed for since I was old enough to know what the need was. The second thing I never expected was the look of need that I saw in Tripp’s eyes when he asked.

One night of free passion could change our lives forever.

I never said that was a good thing either…

Tourmaline is set to host the wedding of the century.

Love is in the air, and even the VP, Jonas, has been roped into helping with the impending nuptials.

For a time now, Jonas has kept quiet about his attraction to the beautiful Adelynn but now he’s making it his mission to convince her he’s a changed man.

With all hearts set on a happy ending, all are oblivious to the danger lurking on the outskirts of town.

The Savage Angels MC are fierce, loyal and will do anything to protect their own, but what if ‘anything’ is simply not enough?

Visit Tourmaline to experience the gut wrenching, unimaginable danger that threatens to destroy everyone’s chance of a happily ever after. 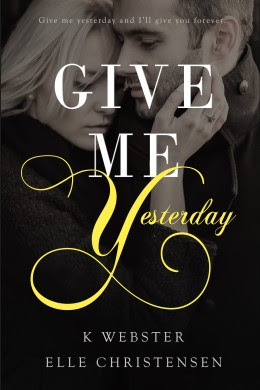 High powered divorce lawyer, Victoria Larkin, is known as the ice queen. Tough. Emotionless. What they don’t know, is that ten years ago, she lost everything. Including her hope for the future.

Chase Monroe struggles with his own demons. Devastated by guilt and on a mission to correct his past, he uses his skills as a college psychology professor to help others move beyond their grief.

When Victoria is forced to attend grief counselling, she meets Chase, and there is an instant attraction. Chase is determined to help her confront her past and find happiness. Victoria is afraid to relive her pain.

Just as they begin to step forward, tragedy strikes and throws them backwards, and they find themselves, once again, shackled to the past.

Can Chase and Victoria find the path to a happy future together? Or will they forever be wishing for yesterday?