Emily McPhee has struggled to overcome her father’s death…

It’s not easy, but Emily finally has the life she wants. She’s an A student at Orange University and has a comfortable home and a great circle of friends. She’s also in love with handsome Orange PD officer Seth Connors. He doesn’t seem to return her feelings, though, so she tells herself his friendship is enough.

Jimmy Lasko is a psychopath, and Emily is his greatest obsession…

Lasko knows what he wants—what he deserves—and has the deadly skills and unending patience to get it. What he wants is Emily, and he is watching and waiting for the perfect opportunity to strike. That time is coming soon; he’ll make sure of it.

A sense of unease settles on Emily, but is the danger real or imagined?

When Emily begins hearing noises and suspects someone has been in her house, Seth urges her to get a roommate. But after a search, she realizes a certain attractive cop would be the perfect choice, and Seth moves in.

Seth loves Emily, but fears his feelings might make it difficult to protect her.

In all areas of his life, Seth sees himself as a protector. He’s determined to keep Emily safe, but he pushes the captivating blonde away in an attempt to stay objective. However, after her stalker makes a failed attempt to capture her, Seth can no longer deny his feelings.

With help from Seth’s police colleagues, he and Emily set out to identify the person hunting her before it’s too late. But is it worth the risk to bait the trap with what he wants most? 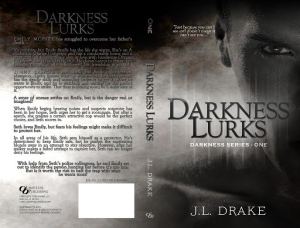 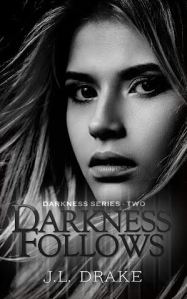 Emily McPhee is in the clutches of a monster…

Despite the protection of her boyfriend Seth Connors and his colleagues with the Orange Police Department, Emily is imprisoned in a basement by her psychopathic stalker Jimmy Lasko. His bizarre behavior adds to her terror, and a video link forces Seth to witness her captivity, leaving him feeling helpless as he, the OPD, and the FBI search for her.

Freedom isn’t free, and safety is just an illusion…

Though Emily escapes the basement, the threat is far from eliminated. In fact, things she learned while being held by Lasko lead her to believe he isn’t working alone. Lasko is still out there, determined to get her back, and crazier than ever. If he does have a partner, Emily has no idea where the threat might lie or who she can trust.

Emily is deeply hurt when Seth is reminded that their relationship might endanger her further and he pulls away again. She’s even more frustrated when her globe-trotting mother returns and is charming to everybody…except her own daughter.

When Emily meets Seth’s family, she loves his mom and little sister, isn’t sure what to make of his flirtatious brother—who is also a cop—and finds herself very uneasy around his father, who is a powerful attorney. 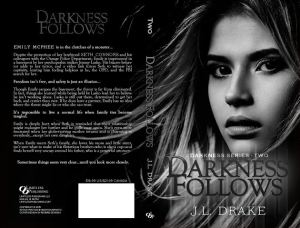 L. Drake was born and raised in Nova Scotia, Canada, later moving to Southern California where she lives with her husband and two children.

When she’s not writing she loves to spend time with her family, travelling or just enjoying a night at home. One thing you might notice in her books is her love for the four seasons. Growing up on the east coast of Canada the change in the seasons is in her blood and is often mentioned in her writing.

An avid reader of James Patterson, J.L. Drake has often found herself inspired by his many stories of mystery and intrigue.