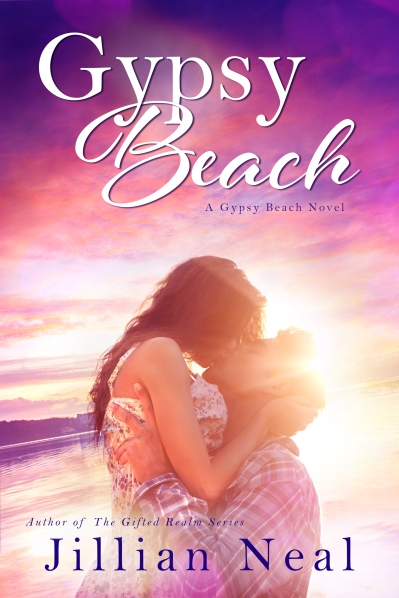 Single father, Ryan McNamara, returns to the only place he’d ever been happy, Gypsy Beach. This time he’s divorced, broken, but determined to make something of his life. Sienna Cooper is determined to forget Ryan, the last decade, and all of the hurt he’d left her with. She’s got enough spunk and gypsy fire in her soul to make this work. She’s going to run her grandmother’s inn and make it a success. But when a chance encounter throws them back together, the passions ignite and the past doesn’t feel so far out of reach. Can they rekindle the love they’d once had? Can he convince her that he never intends to walk away again? Will a potent dose of unending lust, a lifetime of love, and enough hot-blooded Gypsy spirit be enough to save them both?

She had her head thrown back laughing as she raced across the wet sand. The setting sun lit the wildfire in her eyes, and Ryan would’ve followed her anywhere. The warm, foamy saltwater lapped at her toes, as anxious to touch some part of her beautiful body as he was. Launching himself forward, every muscle in his body propelled him towards her. He caught her hand and then leaned to scoop up her lithe form into his arms.

Every patch of her silky skin that connected with his sent a spark of electricity straight to his groin. His heart raced, but he kept running with her. Running away, maybe.

With a delighted squeal, she leaned in and clung tightly to his neck. Her long, thick hair, the color of black coffee with caramel and blonde ribbons spun through it from their summer in the sun, cascaded out over his left bicep, flying behind them as he raced her down the shores of Gypsy Beach. Her hazel eyes danced just for him.

Everything about her was a juxtaposition, as if she was in constant contention with herself. Wild, free, and living on the edge of an impulse that made his entire world spin. Every single thing about Sienna Cooper was perfect by his seventeen-year-old estimations.

“Stop running and put me down so I can kiss you, Ryan McNamara!” Her laughter and her order whipped around him in the salt-soaked wind, stirring and igniting every cell in his body.

“Yes, ma’am.” He set her on her feet and wasted no time mating their mouths. She was so sweet it was sinful, like spun sugar that melted in his arms. He’d fallen in love with her two summers before and spent every school year longing to get back to Gypsy Beach and back to Sienna.

His lips kept hers occupied while his hands tracked down her slender sides and then dipped into that bikini bottom that had been driving him to distraction all damn day. He cupped her backside, and when that simply wasn’t enough he kneaded her with greed.

A timid moan reverberated against his tongue as he slipped it between her lips, memorizing the heat, the way they swelled, the way they tasted, and the all-encompassing feeling of her body needy for him. That moment would have to last him until next summer.

Unable to stop himself, his right hand traversed the short distance from her sweet little backside to the perfect patch of skin between her thighs. She trembled, and her body rolled against his. He almost lost it all there on the deserted beach.

Her mound quaked as his thumb hesitantly explored. Her breath tangled in her throat, and her eyes closed in expectant ecstasy. He could feel the tender heat and the liquid desire gathering in preparation for him, and that night he was going to make a claim. They would be each other’s firsts, each other’s only if he had anything to say about it. He’d unite them in time and space, and it would be enough to get him through the next nine months of school five states away. It had to be enough.

“I love you Sienna Rose, and, God, baby, I need you. Before we have to leave tomorrow, I just need you. Stay with me tonight.”

With that sexy smirk and the fire that lived inside of her that always seemed to consume both of their souls, she followed him inside his parents’ beach house. 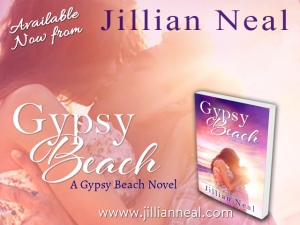 Arley Copeland vows never to trust anyone, much less a man, ever again. After her fledging career as a romance writer grinds to a halt and her ex blabs to the press about her preferences in bed, she heads to Gypsy Beach desperate to regain some anonymity and maybe figure out what to do next.

Divorce attorney John Rowan has been in on the explosive end of more marriages than he can count. Love never lasts. Of that he’s certain. Sick of barely existing inside the concrete jungle of Atlanta with the endless traffic and endless noise he heads towards a two-week reprieve in Gypsy Beach, North Carolina.

From the moment he lays eyes on Arley Copeland, John is determined to prove that not every guy on the planet is out to hurt her, and maybe teach her a thing or two about herself in his bed and out. With every sinfully sweet caress, they’re falling more and more in love. Their pasts may be fading away, but will John ever be prepared to risk it all on a lifetime love when he doesn’t believe such a thing could ever exist?

Jillian Neal is a Romance writer with a passion for passion who pens strong, character driven novels, told from the male perspective. Her guys aren’t afraid to let us inside their minds or inside their bedrooms. They’re hot on the trail of a sinister criminal organization when they’re not burning up the bed sheets.

She’s a self-proclaimed ‘Southern girl with a sassy mouth.’ Her coffee addiction is barely legal, and she’s most often running around with her hair and her pen on fire! She’s full of smarts, sass, and sizzle and that’s a lot to get into barely five feet of girl with her head always in the clouds.  Website | Twitter | Facebook | Goodreads