Spark (Fire on the Mountain Series #1)
By Erin Noelle 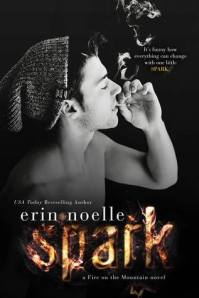 SPARK Book 1 in the Fire on the Mountain Series

My younger brother is getting worse, and my job – my duty – is to help him at all costs. We’ve

tried everything modern medicine has to offer and nothing works.

Deciding to turn to unconventional treatments, we end up at Fire-on-the-Mountain, a holistic

resort deep in the Rockies.

In our search for medical marijuana, I find beautiful, free-spirited Hudson Shavell – a girl who

may not only hold the key to heal my brother, but to fix me as well. Even though I can’t afford

distractions right now, she’s all I can think about. All that I want.

It’s funny how everything can change with one little SPARK.

***Though Spark is the first book in the Fire on the Mountain Series, it is a stand alone novel***

***Intended for mature audiences only*** 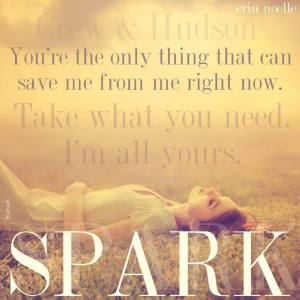 Spark by Erin Noelle
My rating: 5 of 5 stars

I ABSOLUTELY LOVED THIS BOOK!!!

I couldn’t resist finishing this in one sitting. Once I started I couldn’t put it down; which only left me with four hours of sleep before work…but I wouldn’t have it any other way.

The story was so captivating and the characters were completely lovable.

In this story we meet Crew as he finishes up high school and moves with his mother and kid brother to Colorado in hopes of finding a suitable treatment for his brother’s illness. In Colorado they meet the Shevells and and more importantly…Hudson. Hudson’s family is very unconventional. Falling along the lines of living a hippie & commune-ish lifestyle. They run a resort in Colorado and own a dispensary in town. Living life as “free birds” in a way they are all easy going, laid back and willing to help others at any time.

When Crew and Hudson meet for the first time, they are instantly drawn to each other. Hudson’s innocent and kind demeanor giving her the aura of ultimate beauty in Crew’s eyes but he fights against the pull to her because he thinks she’s taken until he learns that she’s all his for the taking.

Hudson sees Crew and fights back the urge to drool all over the floor from his Abercrombie model good looks. She instantly bonds with his younger brother Caleb. He had a larger than life personality that no one could resist. His teenage hormones running amuck has him extremely girl crazy and trying to emulate his big brother’s stud-ness. It VERY entertaining! So many LOL moments are attributed to him. After learning of his illness, she jumps on board with helping him through her horticulture skills of the herb persuasion. This also allows her to get closer to Crew which enables a friendship between them to flourish and blossom into something stronger.

Just as everything between Crew and Hudson are getting great a travesty that rocks everyone’s works causes heartbreak in its wake. I know I was heartbroken. It was so sad.

This was such an awesome book!! I HIGHLY RECOMMEND IT.

View all my reviews 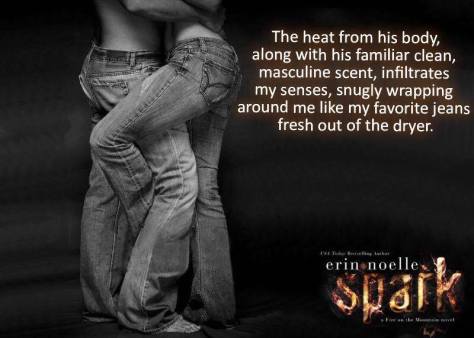 Erin Noelle is a Texas native, where she lives with her husband and two young daughters. While earning her degree in History at the University of Houston, she rediscovered her love for reading that was first instilled by her grandmother when she was a young child.

A lover of happily-ever-afters, both historical and current, Erin is an avid reader of all romance novels.

Her books have been a part of the USA Today Bestselling list and the Amazon and Barnes & Noble overall Top 100.