Dakota Nakos was always the resilient, strong-willed achiever. But when her father dies and she’s entrusted with the family’s casino, she feels vulnerable, scared, and more than a little emotional –not exactly the best time to see an old lover she’s never really gotten over.

Dakota once meant the world to Shane Garrity. Then suddenly he left town to train as a U.S. Marshal, and their love for each other crashed into a memory. Now he’s come home for her father’s funeral, and one look at the girl he left behind stirs up both memories and regrets, and reignites a fire he feared he’d lost forever.

Dakota may be the same driven girl she always was, but she’s also changed in ways neither could have anticipated. She’s not just a young woman searching for own identity in the Native American community in which she was raised, but one questioning her new life outside her father’s shadow. Above all she wonders if Shane can push past her weakened defenses to rekindle what they once had, or whether the intense blaze between them will ultimately reduce her heart to ashes 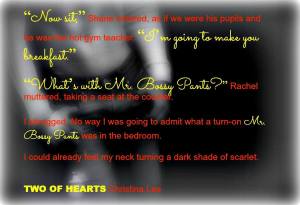 She closed her eyes on a sharp breath, looking soft and vulnerable.

Because I couldn’t help myself, my fingers left her chair and glided up her arms to her neck. Her breaths released from her lips in short pants and I considered touching my mouth to hers.

Would she let me? Would she want me to?

“Yes,” she whispered, the heat of her breaths warming the tiny sliver of air still lingering between us. “But that’s in the past. We had our chance and I . . . I got over you. So let’s leave it there.”

My stomach completely flipped over. “You got over me?”

I studied her lips edge to edge, and they trembled in response. She was so not over me.

I didn’t know what the hell was driving me. I just knew I didn’t like hearing those words. Not one damn bit.

“You got over me?” I growled as my fingers gripped the nape of her neck.

My lips brushed the line of her jaw and she shivered.

She sounded so helpless and sad. For the first time she was allowing me to see exactly what she might have been feeling, might’ve gone through five years ago. She sounded wrecked—as wrecked as I had been.

My lips trailed to her ear. “Angel.”

She’s addicted to lip gloss and salted caramel everything. She believes in true love and kissing, so writing romance novels has become a dream job.   Website | Facebook | Twitter | Goodreads