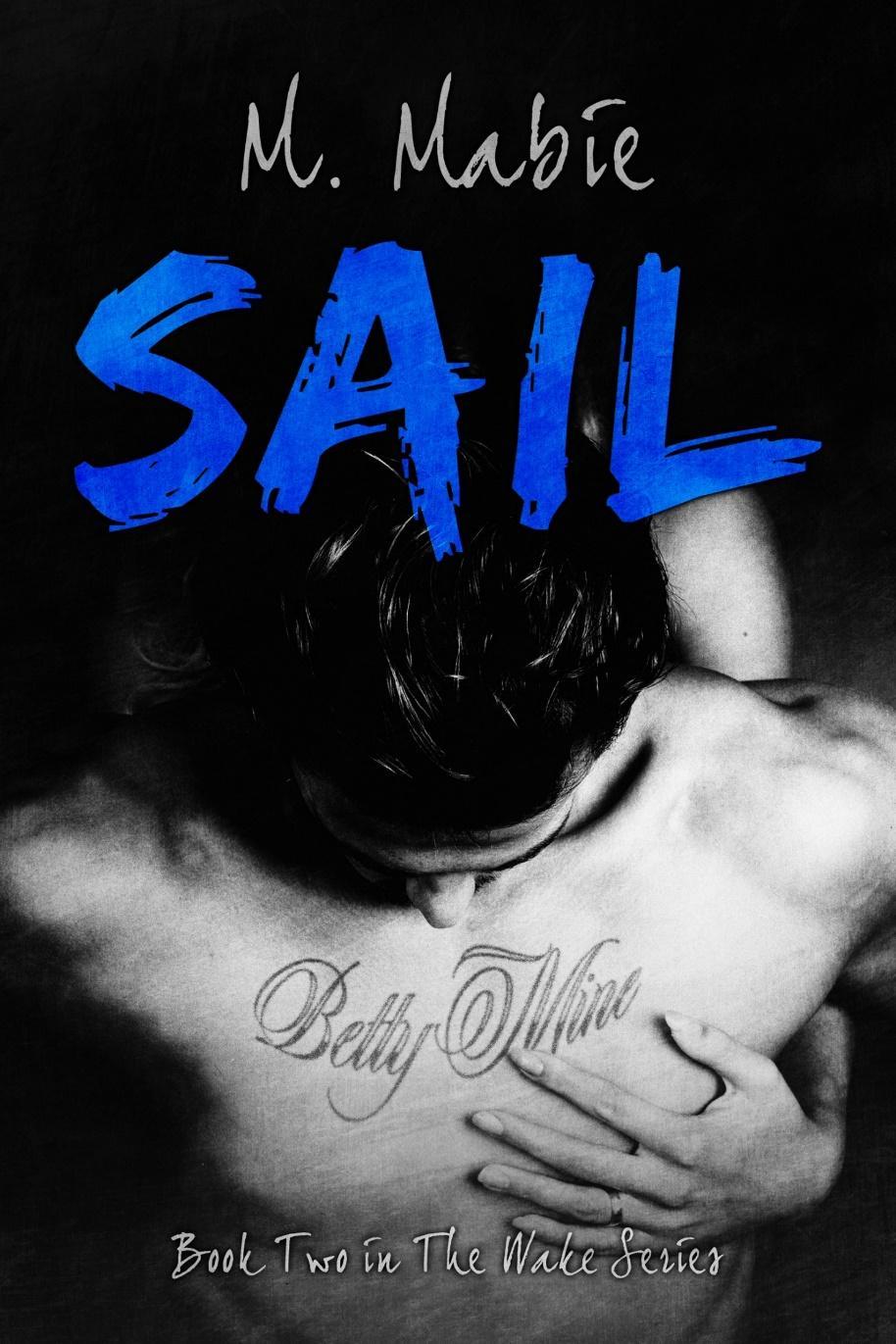 This isn’t just a two-year long one-night stand. It’s my life.
This is my life. Our life. It isn’t just some careless affair.
I’ve made the worst decisions a woman could, but I’ll earn my second chance.
She can try keeping all the guilt for herself, but I’m just as much to blame.
Loving Casey wasn’t my biggest mistake. Fighting it for so long was.
I’ll show her how fearless our love makes me. I’ll protect her torn heart.
He still has magic in his eyes. He’s the man who makes me happy.
Her voice still brings me to my knees. She says my name like it’s sacred.
I live for the day when I’m his. To take care of him. To love him the way he deserves.
I can’t wait to be all she needs. I can give her a happy life, security and so much love.
Sometimes two ships never meet in the night, but ours did.
Sometimes the water is rough. It beats you all to hell until you have no choice but get stronger.
Our love story reads more like a tragedy, but to me it’s clean and pure.
Let them point their fingers. Without a love like ours, they haven’t really lived. I pity them.
I’m a cheating wife and a villain. I am his honeybee.
I’m a snake in the grass and I sleep best when I’m lying next to his wife.
I want to be his everything.
I’m nothing without her anyway.
This isn’t even close to over.
It’ll never be over.

Sail is the second book in the continuing Wake Series. For more information on the first book in the series see the link for Bait below. 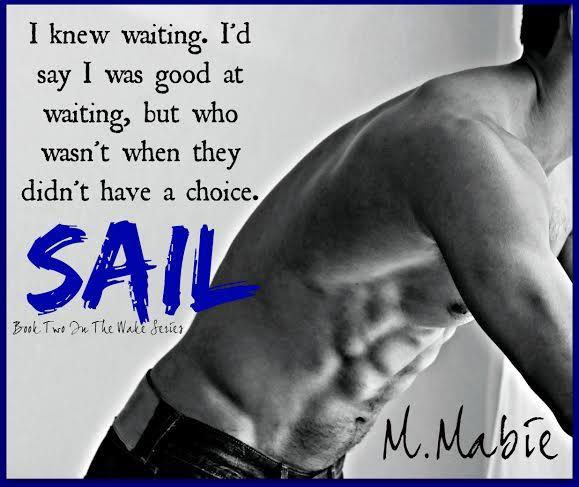 The room was dimly lit with the few lights we’d left on. It was late, and even though I was tired from travel and just life in general, I craved the feel of him.
Our suite was warm, void of chill or worry. In the bedroom, we didn’t bother with a light, knowing where everything was by memory.
He guided me to bed. He let my hair down and brushed it off my shoulders, and then he held me close and pressed his lips to mine. Casey laid us down so softly I barely knew we were moving until I felt the fluffy pillow under my head.
I deepened our kiss and moaned when his body pressed against mine.
“We’re not going to have sex tonight, Blake,” he said breathlessly around my lips. Why? I wanted him so badly. Just like that. Slow and easy.
I tried to evict thoughts of uncertainty from my mind, but they snuck in with his words. His behavior was contradictory. He’d shown me nothing but affection and care since we saw each other in the airport.
Why wouldn’t he make love to me?
Old demons felt the need to speak up.
What if he doesn’t want you after the chase? What if he only likes the thrill?
I felt my body begin to tense for the first time since we’d arrived. The hands that had been wandering across his back stilled. The leg I had started to wrap around his waist slowly began falling to the side.
“Hey, where are you going,” he said, as he kissed my neck and ran a hand through my hair to the nape of my neck.
“I don’t understand,” I contested. “I want you.” He shifted his weight and I felt how hard he was against my inner thigh. He was definitely turned on. So what was his deal? “Don’t you want me, too?”
“Mmmm,” he breathed near my ear. “God, I want you.” His big right hand hitched my leg back around his hip and he palmed my ass, bringing my dress up to my waist in the process and exposing my pale pink underwear. “I’ve wanted you day and night for so long now. I don’t know how to not want you.” He spoke between kisses and rubbed his nose along my clavicle. Then he bit me gently at the crook of my neck. “But there’ve been too many times I’ve let that need for you cloud my focus.”
“But I—”
“No, Blake. Not tonight. Tonight, I’m going to make you come and then I’m going to sleep next to you. I’m going to fall asleep with you in my arms. All those nights I missed out on holding you and feeling you next to me. I stole them from both of us being scared and stubborn.
I have to be better this time. I see all that you’re doing and I’m so damn proud of you, honeybee,” he said calmly. “But I want more than just physical things from you. It isn’t that I don’t want you. Fuck, do I want you. But I need all of you. Not just this.” He moved against my center and I knew I had to change his mind. After hearing those sweet
words, I had to have him and I wasn’t going to fight fair.
“Please, Casey. Fuck me.”
He growled and pressed his forehead to my chest. “You’re evil.” He laughed. I wished he sounded defeated, but mostly he sounded amused. “You’re not making it easy for me to be noble.”
“Don’t be noble then,” I said as I wound my arms around him and
pulled him closer to me.
“If you knew what I was thinking about doing to you, you’d know I wasn’t.” He rolled partially over toward the center of the bed and ran his hand under my dress and up to my breast.
“Then tell me,” I shamelessly suggested.
The tips of his fingers roamed down my stomach and my pulse sped up. His fingers slid under the sheer fabric of my underwear and my breaths came in spurts as I mentally begged him to keep going. I was so wound up.
“Don’t worry. I told you I’d take care of you.” 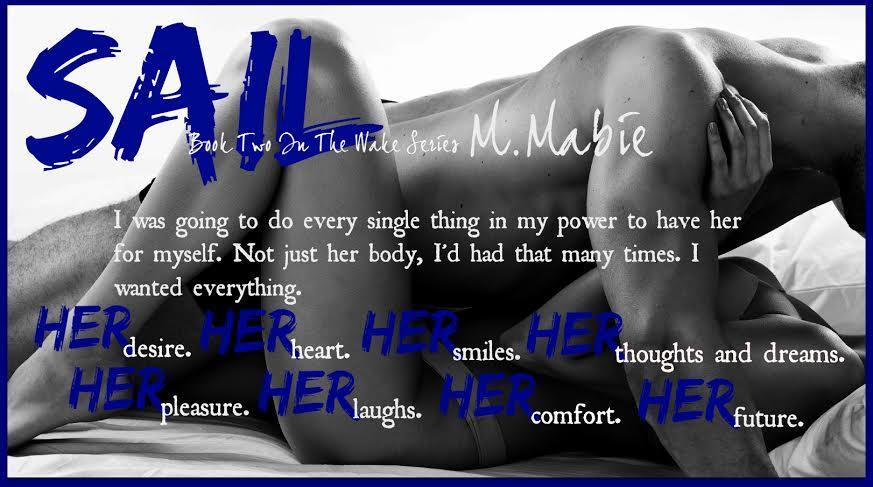 FINALLY! Blake and Casey were one hot mess. As I read Bait I couldn’t stand Blake. She was flakey and selfish and just got on my nerves with all the lives she affected with her indecisiveness.

She learned her lesson here. She owned up to her mistakes and did what she could to make amends. Casey, too, owned up to his part of the mess they made. Though I don’t think much of the blame lies with him, I could see where he could have done things differently. It might have changed the outcome.

Seeing them get closer and bond on a deeper level was sweet. You could see that it wasn’t just a love affair they had… They had a true friendship. Their cute texting banter was entertaining. Their conversations were comical and you could see the ease with which their relationship flowed.

And Grant? Whoa! I didn’t really expect such a 180 in his personality but there was a point where I could see it coming. Smh. That was crazy but added to the realness of how decisions made can affect other people. We all have our moments and Grant’s was bound to happen.

I can admit that the pace of this story could throw some people off, but I think that is what made it so good. The story was told in a way that even when I wanted to strangle Blake myself, I was so invested in everything that there was no way I couldn’t finish to know what happens. I loved Casey from the start and I wanted to make sure that he got what he deserved. This was a great read. 🙂
View all my reviews 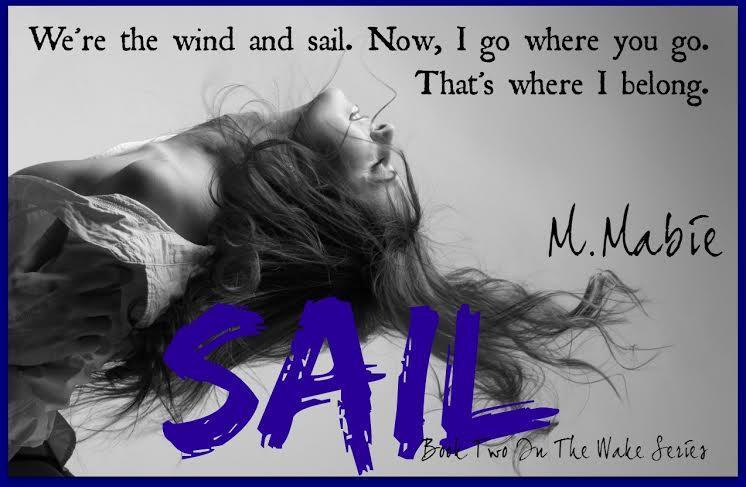 He was trouble from the start, but I couldn’t resist.
She was the best kind of trouble. The kind that was so wrong, it felt right.
I’ve tried and failed to stay away from him.
I’ve done everything in my power to make her mine and keep her.
He’s almost impossible to say no to.
She never tells me yes.
We’re always fighting.
When we’re not fighting, we’re… well… making up.
He makes me laugh so hard.
I miss her laugh the most.
I’m a liar.
She knows the truth, but won’t admit it.
Sometimes, I wish I’d never met him.
I wish we could meet all over again. I’d do better.
His sweet girlfriend knows.
The guy she’s with is a fool.
I’ll never love anyone like I love him.
She doesn’t love me enough to choose us.
It was the wrong place.
It was the wrong time.
It should have been him.
It will always be her.
Amazon US | Amazon UK | Amazon CA | Amazon AU
B&N | Kobo | iBooks
Add to Goodreads|Casey’s Playlist|Blake’s Playlist

For Other books by M. Mabie click the titles below 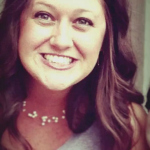 M. Mabie lives in Illinois with her husband. She is the author of the steamy comedy Fade In. Her sophomore release, Bait, is the first book in the angst-filled erotic Wake Series. She writes unconventional love stories and tries to embody “real-life romance.”
She cares about politics, but will not discuss them in public. She uses the same fork at every meal, watches Wayne’s World while cleaning, and lets her dog sleep on her head. She has always been a writer. In fact, she was born with a pen in her hand, which almost never happens. Almost.
M. Mabie usually doesn’t speak in third-person either. She promises.
Goodreads • Amazon • Newsletter • Facebook • Twitter • Website