That night, while dancing to Brett Young’s “Kiss by Kiss,” I knew I would never be the same. I could feel the jealous waves coming off every female in the room as he held me in his arms. Of course, I had a man and not a boy as my date. Five years older than I am and very obviously not a teenager.
Being held in his arms was a dream come true. His scent invaded my lungs with every inhale. His eyes twinkled as his smile held me hostage. I knew I would never love a man as much as I love him.
Yeah. That was the night I confirmed what I had always known. What I had always felt.
Cohen Cage owned my heart and I never wanted it back.

Meet Cohen & Danielle in the newest stand alone
in the Hope Town Series by Harper Sloan!

Have you ever felt like you were living your life for a future that was predetermined? Like there was some bigger picture you just prayed you would someday see clearly?

That picture has been crystal clear to me since I was old enough to recognize it for just what it was.

Or I should say recognize him for who he was.

I’ve loved Cohen Cage since I was a small child. He’s been my everything for the last twenty-two years. I’ve loved him through every girlfriend he’s ever brought home.

Through his college years and then mine. I’ve loved him through two deployments. And ever since the day I told him how I felt, he’s acted like I’m a stranger.

My name is Danielle Reid, and it’s time for me to get my man.

Our future is an unexpected fate, and no matter what our parents, siblings, and friends say…it’s going to be worth every second of the fight to make it happen. 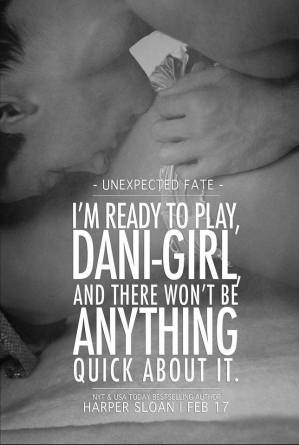 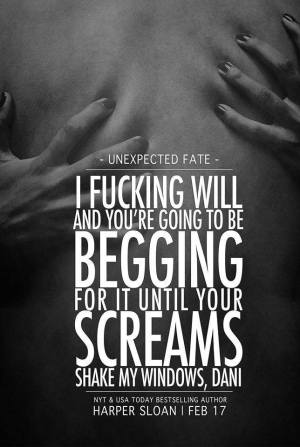 Harper lives in small town Georgia just a short drive from her hometown of Peachtree City. She (and her 3 daughters) enjoy ruling the house they dubbed ‘Estrogen Ocean’, much to her husband’s chagrin. Harper has a borderline unhealthy obsession with books; you can almost ALWAYS find her with her eReader attached. She enjoys bad reality TV and cheesy romantic flicks. Her favorite kind of hero–the super alpha kind!

Harper started using writing as a way to unwind when the house went to sleep at night; and with a house full of crazy it was the perfect way to just relax. It didn’t take long before a head full of very demanding alphas would stop at nothing to have their story told.